Digital Agency Expo, the premier annual gathering of digital agency owners, is incredibly proud to announce that the esteemed Gary Vaynerchuk has been added to the roster of key speakers for this year’s event. Taking place in New York City from September 17 to 19, Digital Agency Expo is an ‘agencies only’ event where agency owners and executives will gather to discover innovative ways to leverage prospects and grow revenue, while trading strategies and tips with industry peers. Vaynerchuk joins an already impressive array of speakers that includes but is not limited to notable names like Rachel Tipograph (Founder & CEO, MikMak), Ryan Deiss (Co-Founder & CEO, DigitalMarketer) and many, many others.

Vaynerchuk’s impressive career as both a successful businessman and a renowned marketing and advertising expert actually began all the way back in the 1990s, when he first identified the Internet as one of the most exciting opportunities to come along in a generation. It was then that he was able to successfully transition his own father’s humble local liquor store into one of the first wine e-commerce platforms in the world, a move that resulted in an enormous growth of nearly $60 million in sales over the next five years. Over the last few decades, he has been profiled in a wide range of publications, including but not limited to Forbes, Entrepreneur, The Wall Street Journal, Mashable and The New York Times. He is also the chairman of VaynerX – a modern day media and communications holding company.

Vaynerchuk’s agency – VaynerMedia – is a full-service global agency that has worked hard over the years to propel some of the biggest brands on the planet to the nexus between attention and culture. With offices in New York, Los Angeles, Chattanooga and London, VaynerMedia has worked with a wide range of notable businesses over the years. Current clients include but are not limited to major organizations like Chase Bank, General Electric, Toyota, Hulu, Pepsico, Syfy and many other Fortune 100 notable names.

The key factor that separates VaynerMedia from so many competitors is that they’ve been able to bring together the latest in modern technology and some of the brightest creative talent in the industry, all under one roof. Everything is handled in-house, allowing them to offer clients of all shapes and sizes the type of streamlined, nimble and forward-thinking end-to-end process that few others are able to match. They offer a full array of services including production, editorial, motion, visual effects and more. They even have their own sound stages located in Long Island City that are equipped with photography studios, an audio-mixing studio, a color-grading suite, an animation and VFX wing, workstations, cameras, offices and more.

Those interested in finding out more information about Gary Vaynerchuk are encouraged to visit VaynerMedia’s official website at https://vaynermedia.com. Those eager to learn more about what is in store for this year’s Digital Agency Expo, or those who wish to reserve their seats to make sure that they don’t miss out on this year’s unforgettable activities, are encouraged to visit the event’s official website at https://digitalagencyexpo.com/. 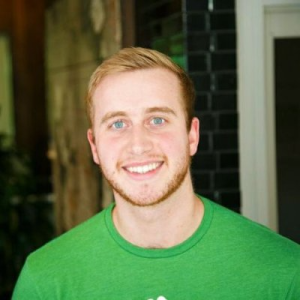 The Perfect Pipeline: How to Fill, Nurture, and Convert Leads to Grow Your Digital Marketing Agency 6 Lessons in Marketing: What They Never Taught You About Growing a Digital Marketing Agency